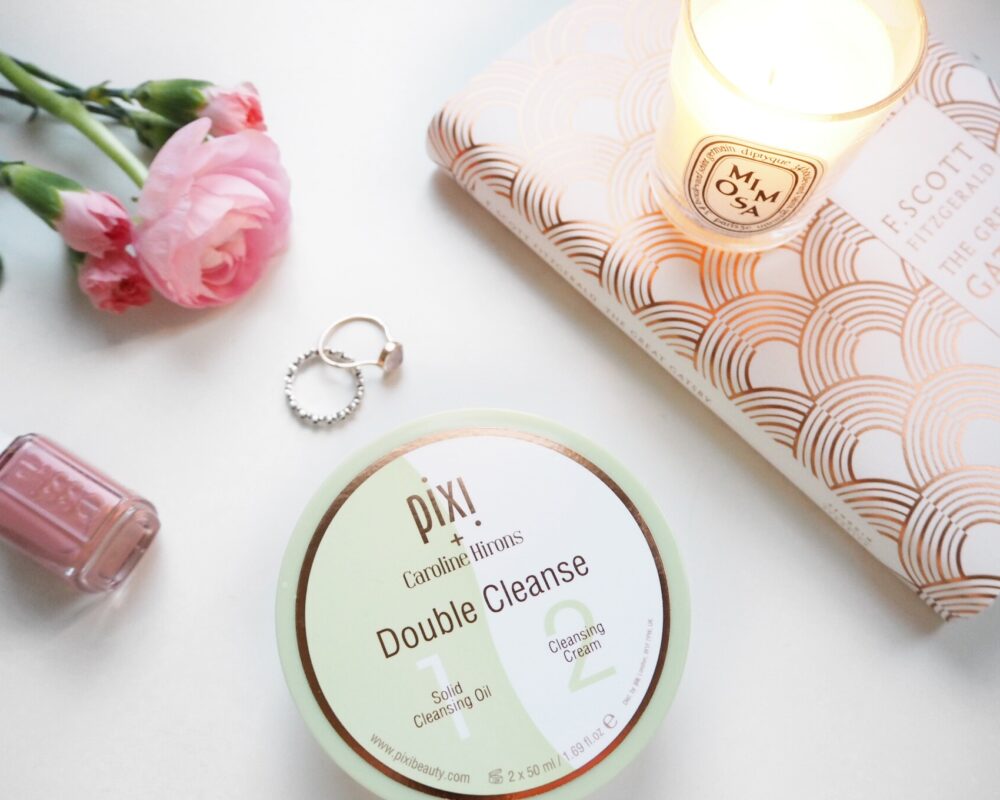 I don’t often do single product beauty reviews anymore – normally I like to group things together to show an overview of things I’m loving. However, this product deserves to have it’s own post. I am talking about the Pixi & Caroline Hirons Double Cleanse, a 2 part cleanser that was released earlier this month.

So I am just going to start off by saying I love it. This product is a game changer and I mean that sincerely. When it comes to cleansers, I am normally not too fussed by what I use. I’ve used some good cleansers in the past but they haven’t excited me in any way or really made a huge difference to my skin. But the Pixi & Caroline Hirons Double Cleanse has shown me what a cleanser should really do to your skin.

It comes in two parts – a solid cleansing oil and a cleansing cream. I use it only in the evenings, as is instructed on the tub, as it is a very rich cleanser so it probably would be a bit too much under makeup in the mornings. Step one is meant for removing makeup and deep cleansing, while step 2 is a more nourishing cleanser.

I will admit that I do use a micellar water to remove my eye makeup. But, I did try using the cleansing oil to remove my mascara and it worked very well. I just always find that when I use normal cleansers to remove makeup that the mascara goes in my eyes! But if you like removing makeup with a cleanser, you will love this as it does remove everything effectively.

Ok, so what makes this cleanser so different? I’m not sure how it does it, but this cleanser makes a visible difference to my skin after I use it. I’m not even kidding. My skin is brighter, dewier and also super soft after using the 2 steps. Now, when I say soft, I mean soft. It’s unlike any other cleanser that I’ve used before.

Recently, I’ve been wearing foundation far less and just putting on concealer. I actually did a little video on my no foundation routine on my YouTube channel, which you can find here. I’ve only been able to do this because my skin has been looking a lot better and I think this cleanser has something to do with that!

The Pixi & Caroline Hirons Double Cleanse is available at Marks & Spencer for £24.  I think that is a really amazing price for such a great cleanser! M&S often do 20% off their beauty department, so watch out for that as well to get a bargain!

So those are my thoughts on double cleanse! I know I am totally hyping up this product, but just trust me – when you use it you’ll know why! I have been really enjoying my skincare recently and I think I have a good routine going on at the moment. There may be a skincare routine coming to my YouTube channel soon! 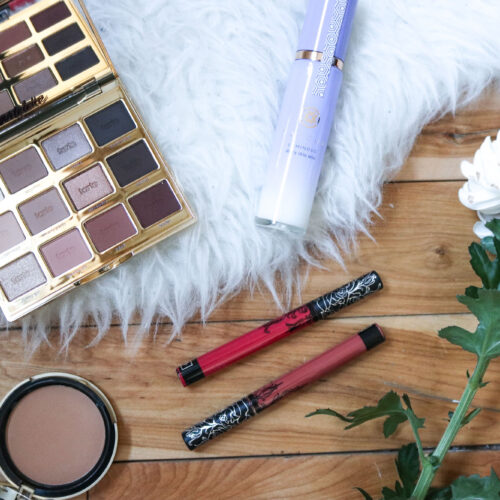 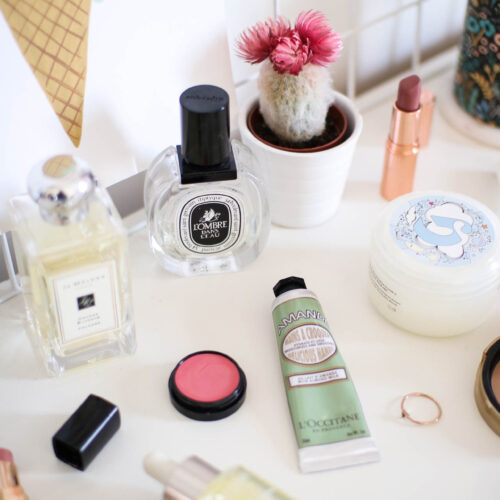 My changing relationship with beauty products. 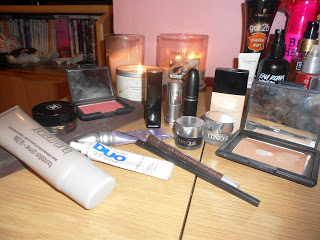 Packing for Paris: The Makeup Edit