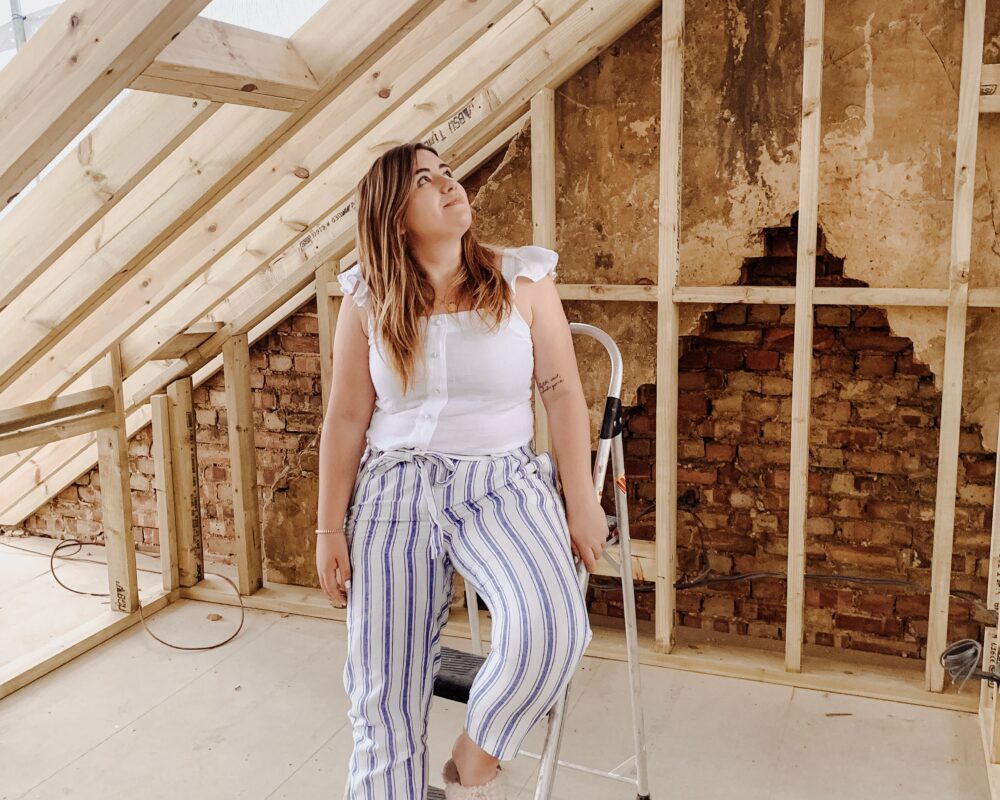 If you follow me on Instagram you might already know that my partner, Max, and I have bought our first house. The sale went through officially at the end of March, but it’s been a very busy few months since then as the house is a huge project. So today I thought I’d talk you through our renovation plans!

Our house is a 1930s mid-terrace, located in North-East London. We were originally looking for a flat when we started looking for properties, but when we found this place and realised we could get a house (albeit a run-down one!) for the same price as a 2 bed flat, we decided to take the plunge.

When we got the house, it was very rundown. The place hadn’t been touched in decades: the kitchen was held together with duct-tape (not even exaggerating!), the bathroom was avocado green with a ‘granny bath’ as I call it (one with a seat and a door) and the whole house was covered in old carpet and wallpaper. So the place needs a top-to-toe renovation – and our plan is to strip it all back and start again, basically.

At the moment, the layout of the house is quite typical for a 1930s terrace. It has 2 reception rooms downstairs: one at the front and one at the back. The kitchen is a very small box room to the back of the house. Upstairs, there are two good sized bedrooms, one box room and a small bathroom.

Our approach to renovating this house is to bring it into the 21st century, making it modern but also making sure it doesn’t lose its Georgian charm. A few of the original features had been taken away by the previous owners (like fireplaces, tiles etc) so I also want to restore some of those things too.

We want to make this house a proper family home, that we can grow into over the next 5-10 years. There’s only 2 of us now, but that won’t always be the case (hopefully!). Also, while this isn’t something that is spoken about much in the interiors blogging community, we want to do things that will add value to the property.

So, we are extending up and out to create an extra bedroom, bathroom, WC and create a much bigger kitchen and dining space.

When we bought the house, the plan we were always set on was extending the back of the property. This is pretty commonplace in London terraces, as the kitchen space is usually tiny in these older houses. In the UK, you can extend up to 3m without planning permission, or up to 6m with planning.

We decided we wanted a bit more than 3m, as our garden is so big, but not as much as 6m. So we settled on creating a 4m extension and knocking through the old kitchen and rear living room to create a big, open plan living space. We are keeping the front room as it is, so there will be 2 defined living spaces on the ground floor.

We are also turning the cupboard under our stairs into a little cloakroom WC. We need to use a bit of the old kitchen space to make it big enough, but not too much as the original cupboard is actually quite big.

The extension itself will be around 4×5.5m and we’re going to have an apex roof (pictures here to show what we’re going for). We were recommended by our architect to do an apex as it looks a lot nicer than just a flat roof, is good for drainage and lets in so much more light.

Then we are planning on getting some Crittal-style bifold doors that lead out into the garden, although it is proving difficult to find that style of door within our budget! I am determined to get the doors in that style though, so the hunt continues…

Nothing major is going to happen on the first floor, other than we’ve opened up the small box room so that our hallway is larger. The box room was tiny and would only ever have worked as a tiny nursery, so we decided to open it up and create a sort of built in office space (eventually) instead. Now we’ve done it I’m so happy with the decision – it’s created so much more light in the hallway!

Other than that, everything is staying the same structurally. We have to fully renovate the rooms with new plaster, flooring and ceilings. Then, of course, we got rid of the avocado bathroom and will be replacing that!

The set up of this floor will be our master bedroom to the front of the house with the bay window (which I am SO excited for), a guest bedroom and shower room.

Yeah that’s right… we’re extending into the loft too! This was something we didn’t originally plan on doing right away, but we were talked into it because it creates so much mess that (if you can) it’s worth doing all the renovation work at the same time.

This has been one of the most difficult parts of the renovation to plan for. While the rear extension will just be making one big open space, we had a lot to think about with the floor plan for the loft and we changed our minds so many times.

Originally, we wanted to create a larger master bedroom with ensuite and then a smaller single bedroom. But after seeing what the space would look like with the pitched roof on the front, we had to abandon this plan as the 2nd bedroom would have been so small and low that it wouldn’t be usable.

So, now we have gone ahead with creating 2 decent sized double bedrooms and a 2nd bathroom. The loft is actually almost fully built now and seeing the space has made us so happy we went with this option – the rooms are a great size! Although I am gutted I won’t get an ensuite, I’ll just have to save that dream for our next house (in about 10 year’s time!).

So that is it for our renovation plans! It is a lot, I know. It’s been one of those projects that has just kind of snowballed, but I think it will all be for the best in the end. Of course, we are incredibly privileged to be able to do such a huge project, and it really is a dream come true for me!

Right now, I’d estimate we’re about ¼ of the way through the project so there is still a long way to go and we are living in amongst it all! I’ll definitely write about how to survive living in a renovation project at some point, maybe when I’m not feeling so bitter about it all! 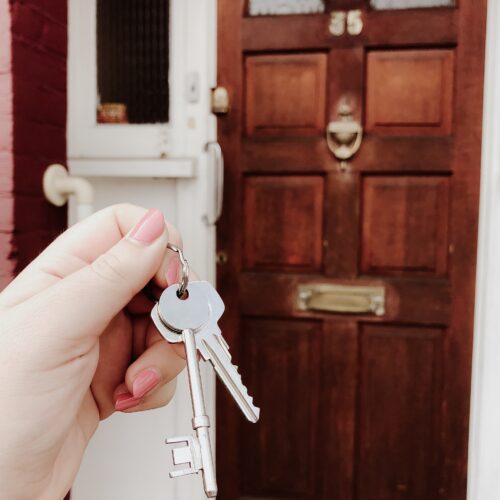 What to consider before renovating a house 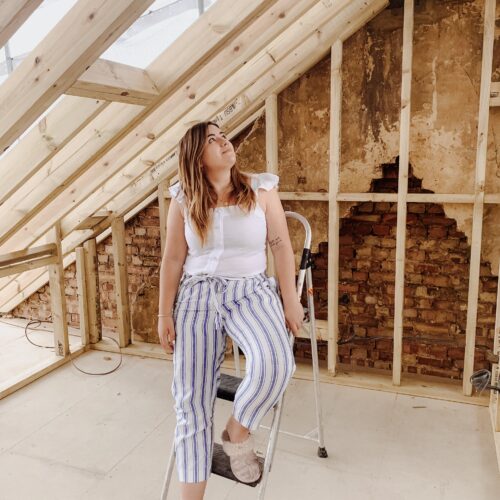 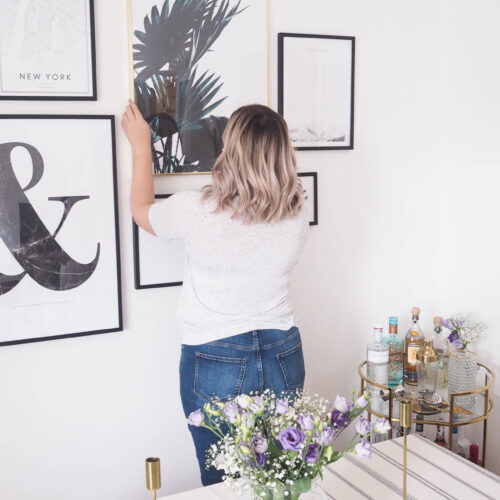 How to Plan a Gallery Wall.