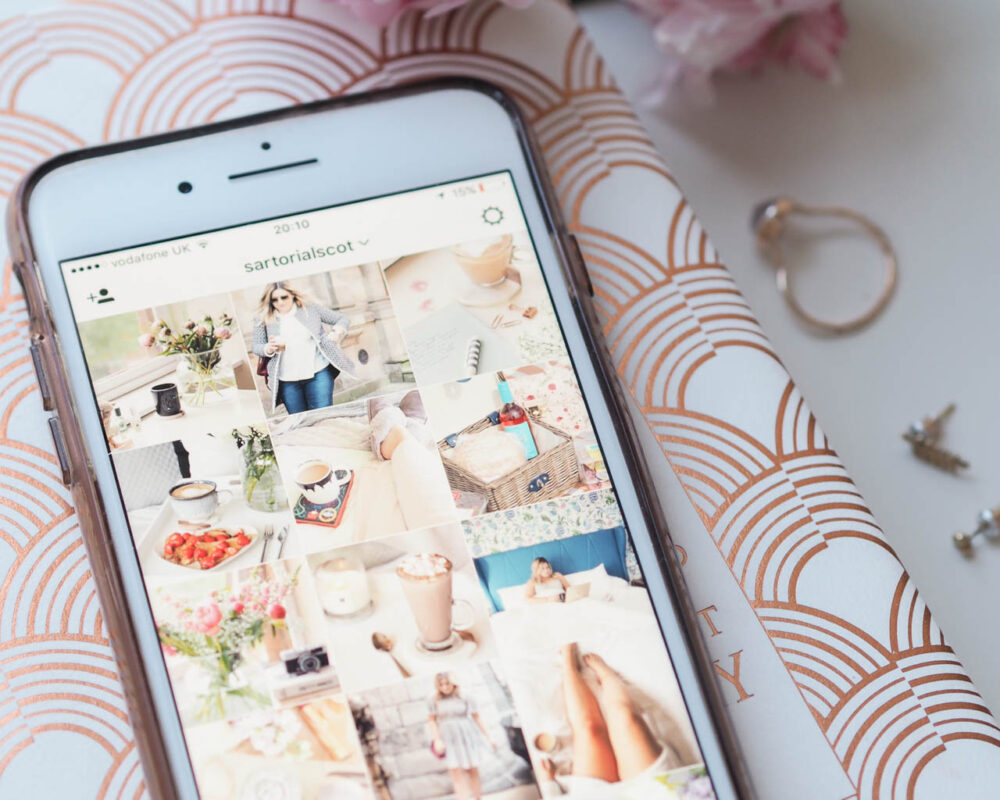 Instagram. It’s a fickle ol’ thing these days – and the source of a great deal of debate amongst bloggers. After seeing drama over bots, shadowbans and a lot of despair over the algorithm the way I see the app has changed quite a lot. So today I thought I’d talk about what I think of all these things and also my plans for using Instagram in the future.

I just want to say first off that I am a huge fan of Instagram. I even did my bloody dissertation on it! I love discovering the different niches and communities that exist on it and also the creative challenge of curating a feed of images. That hasn’t changed – I still love using Instagram. But it isn’t what it used to be, and well, we all have to accept that.

Let’s talk about the algorithm.

Ah yes, the most annoying update ever. I, like everyone else, would prefer to have a chronological feed. However – I think we all have to accept that this is the way the app works now and it is unlikely to change. There are no ways to ‘beat the algorithm’ and attempting to do so will likely end up having the opposite effect.

Some things I’ve noticed that are (somewhat) positive about the algorithm is that posts are getting likes gradually, rather than immediately. Likes will go up over the course of a few days, rather than a few hours. Also, I’ve been finding that it doesn’t really matter what time I post my images anymore. So if I miss the time when apparently most of my followers are ‘active’, it doesn’t really matter as much.

Obviously, I’d still rather have a chronological feed. But I think it’s better to try to focus on the positives and just accept the way it is now.

So this is something that I have been mulling over for a while. I’ve been aware of bloggers using bots for ages and I think I’m pretty good at identifying who those people are when they follow me on Instagram. But since the whole drama over exposing bloggers using bots I’ve noticed that everyone has become so suspicious to the point where false accusations are being made.

First of all, I want to say that the way you can tell someone is using a follow/unfollow bot is if their ‘following’ number on Instagram is erratic. I’m talking about huge peaks and dips in the number of people they follow. The best way to check this is through SocialBlade.

I’ve seen people saying that accounts who have a large amount of followers but are following a lower amount (between 200-500) are suspicious. NO! This is how rumours are started and how people get falsely accused. Just because someone doesn’t follow thousands and thousands of people (why would you even follow that many?!) doesn’t mean they are cheating the system. I really don’t understand where that assumption has come from either – it’s people who are following a tonne of people all at once that you should be suspicious of.

It’s a bit of a vicious cycle now because the more we are suspicious of bloggers using bots, the less we follow people on Instagram. I do it too – I look at someone’s feed and if something doesn’t look legit to me I won’t follow them, even if I like their photos. Then when people are struggling to grow their accounts, they turn to these bots as a way to boost up their numbers.

My advice on the whole matter is to avoid the temptation of using bots, because in the end it’ll hurt your reputation when you get found out. While it is difficult, growing your audience organically will be so much more valuable in the long-run. If you know someone else is using bots, just don’t support their content. Stop liking, unfollow, don’t comment.

These are another two controversial Instagram topics. First of all – shadow bans. I haven’t experienced this before, so I’d like to direct you to Sara’s very well-written and informative post on the matter (link here!). I’m not sure if it is actually a thing, or if Instagram is just cracking down on the largest hashtags that are increasingly being used on inappropriate or spam images.

However one thing I’d like to address is Instagram pods. I’ve heard a lot of conflicting views on them, with some saying they are no better than those who follow/unfollow and others singing their praises. I am currently a member of 1 pod, with a really lovely group of girls. We all post similar imagery (in terms of genre – beauty, pastel, girly pictures) and most of the girls I already followed before becoming a member of the pod.

I completely understand where people are coming from when they say that pods aren’t fair. I can’t say that I am completely on-board with being a member of lots of different pods, especially if it is with people who you wouldn’t normally follow. But I like my own little pod and it feels like there is a sense of community within it. Feel free to disagree with me and tell me what I’m doing is wrong, but I enjoy being part of it.

I feel like my Instagram habits have changed quite a lot over the past 6 months or so. To me, creating imagery for Instagram is a learning experience and I’m always trying to make my feed look better. I love the creativity of it and the challenge to curate the imagery and I guess, tell a story though it in a way.

I’ve seen a lot of people abandoning a ‘theme’ on Instagram, saying they prefer accounts that are more realistic. I’m gonna be a lil’ bit controversial and say that I am just not into that. My favourite accounts to follow are those that have at least some sort of visual cohesiveness – the images flow together and the feed has some sort of style. My favourite examples of this are @allthatisshe and @kate.lavie.

So going forward I’m wanting to really work on how my feed looks. At the moment I think it feels a bit messy, so I want to simplify it a bit and also try to make sure the content is varied. I post too many pictures of coffee in a row at times! This means I’m posting less (at the moment 1-2 times a day) because I want to make sure that every image is the right fit for my feed.

I get that it sounds pedantic, and ~unrealistic~, but to me Instagram isn’t about realism. It’s a creative outlet and well, an art form really. Also, I don’t think having a visually appealing feed means you are being completely unrealistic. I am a big lover of making the ‘everyday’ look beautiful – images of coffee and cosy beds are my favourite. I think there is a difference between sharing beautiful images and showing a glamourised, unattainable lifestyle.

Not everyone has to use the platform in the same way and accounts that don’t follow a ‘theme’ or stay cohesive are still good. But I love the process of developing an aesthetic, taking photos to fit that and I guess, sharing my point of view through those images. It is basically branding yourself as a person – perhaps being a marketing student makes this appeal to me more!

MY LORD that was a ramble. Soz guys, can you tell I did my dissertation on Instagram? I wrote a post on that here if you wanna check it out. I am a total nerd about this bloody app but it is something that I truly am passionate about.

I’d really love to hear your thoughts on everything. Tell me if I’m wrong, if you agree, if you just HATE Instagram all together – I am fascinated to hear other people’s opinions! Oh and I’m @sartorialscot on Instagram – because what is a blog post on Insta without a shameless plug? 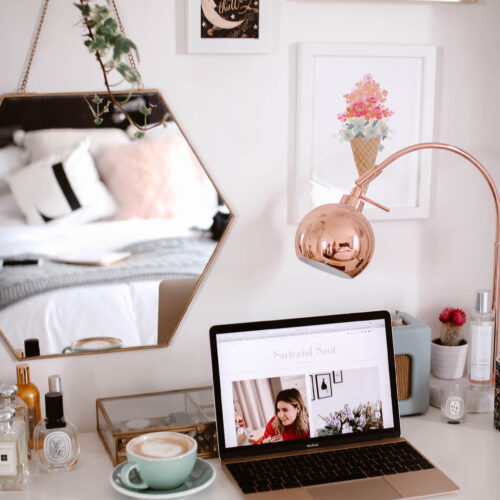 The Future of Sartorial Scot. 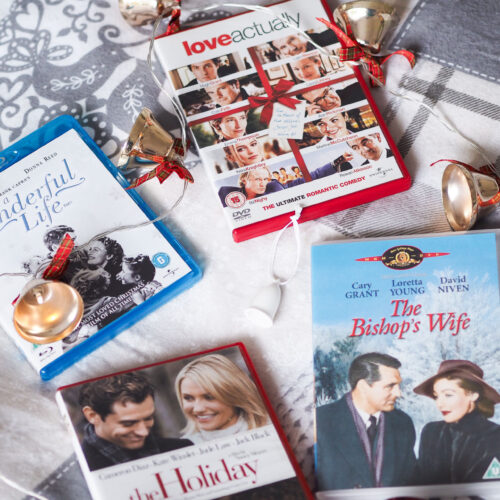 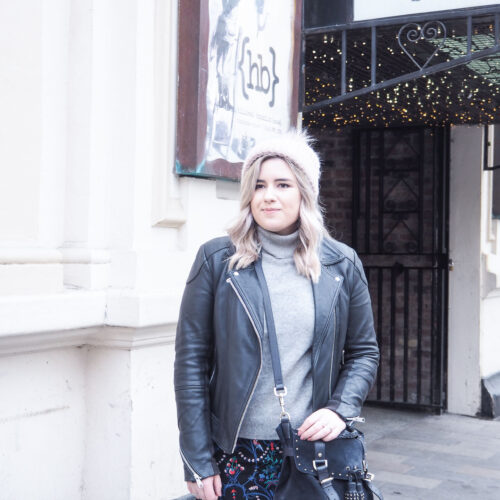 Trying to Become a Responsible Shopper